Gene Wilder's comically flailing characters remind us how difficult it is to muster grace. Thankfully, we need only receive it.

The late actor, who died last week at age 83, specialized in comic characters desperately seeking control. Yet like the frizzy blond coif that sprung from his head, they always failed to maintain composure.

Wilder’s defining performance—and the one that served as an early entrée into grownup comedy for me as a kid—is as Dr. Frederick Frankenstein in 1974’s Young Frankenstein, co-written by Wilder and director Mel Brooks. The grandson of the notorious scientist, Frederick has tried to reassert control over his own scientific career by distancing himself from his family’s tarnished legacy. In the opening scene, he corrects a student’s pronunciation of his own name—“It’s Fronk-en-steen”—and disparages his grandfather as a “very sick man.”

Yet beneath the professorial demeanor, we see the cracks. As the student presses him about his grandfather’s attempts to bring the dead back to life, Wilder’s enunciation grows crisper and his voice grows louder. That hair—smashed down in an unnecessary combover—starts to tremble. Eventually he erupts: “I am a scientist, not a philosopher! You have more chance of reanimating this scalpel than you have of mending a broken nervous system!” And in an erratic gesture of emphasis, he accidentally sticks the scalpel into his own leg.

Eventually, all of Wilder's well-intentioned characters spectacularly lost the battle for self-control. If this is a familiar emotional experience for many of us, that’s because it parallels Paul’s lament in Romans 7, where he confesses that “what I want to do I do not do.” Wilder managed to capture both the pathos and the comedy of this human reality. Consider that in Blazing Saddles, another uproarious collaboration with Brooks, his Waco Kid suffers from alcoholism—a disease that has wrested away the Kid's sense of control.

At first Wilder’s Willy Wonka seems to stand apart from this character type. After all, in 1971’s Willy Wonka & the Chocolate Factory, he runs his candy-making enterprise with precision. Yet all that orderliness eventually overwhelms him. When Charlie doesn’t meet the letter of the law in order to win his lifetime supply of chocolate, Wonka delineates the details in a fit of hysteria: “It’s all there! Black and white! Clear as crystal! ...You get nothing! You lose! Good day, sir!”

My favorite Wilder meltdown occurs in Young Frankenstein, after Frederick has inherited his family’s Transylvanian estate and—against his better judgment—begun to revive his grandfather’s ill-fated experiments. After an early attempt fails and the platform lowers Frederick and his lifeless monster to the floor, we expect him to immediately spiral into another fit. Yet he stills himself, lowers his voice to a whisper and assures his assistants that “if science teaches us anything, it teaches us to accept our failures, as well as our successes, with quiet … dignity … and grace.” Then there is a trademark Wilder pause before he starts screaming and throttling the helpless corpse on the table.

As Paul noted in his Romans confession, we all struggle to muster grace. But the good news is that, at the end of the day, we only need to receive it. Christ’s promise to give rest to the “weary and burdened” applies to those facing physical hardship, yes, but also to those caught in the throes of accomplishment and achievement, of presenting a public face (Fronk-en-steen) rather than admitting we don’t have it all together. We can accept that grace, or we can stab ourselves in the leg.

Gene Wilder made comedies, so his movies mostly had happy endings. But those finales never rang quite as true as what came before. Frederick smoking in bed with Teri Garr’s Inga at the end of Young Frankenstein is an image of satiation, but it’s interesting that it’s satiation of the flesh, which we all know is temporary and fleeting. The essence of Wilder’s performances spoke to something more existential, even spiritual. At his wondrously wound-up best, he captured the spasms of the discomfited soul. 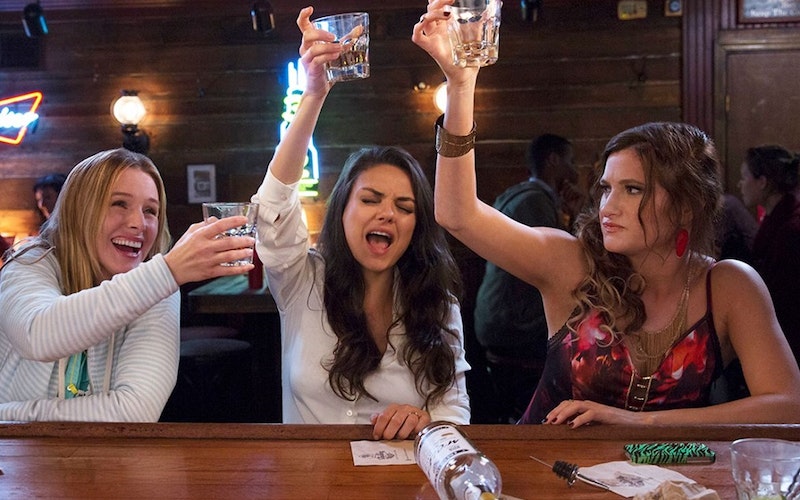 Why Can’t Bad Moms Make Room For Any Good Dads?