As an Indian American woman, it’s hard to fully express everything that I’ve felt while watching Netflix’s Indian Matchmaking. Excitement for mainstream cultural representation, shame in the uncritical portrayal of India’s “skeletons in the closet” (colorism, casteism, even sexism), but also pride in being Indian American and having the world see more of who I am. It’s all there.

There’s also a lot that Christian viewers can learn from the show. Though there are many factors why someone might choose to employ the services of Sima Taparia, the famous matchmaker known as Sima of Mumbai and the star of Indian Matchmaking, the spiritual component is the most important. In India, there is a communal understanding that things like romance, love, even passion might never happen, at least in the westernized sense of the terms. These are all superficial conceptions of relationships that many Western Christians have bought into as the recipe for a successful marriage. However, Indian Matchmaking tempers this notion with the belief that both spouses must believe in something much deeper for the life and stability of their future together.

For traditional Hindus, a healthy marriage means consulting deities, reciting mantras, and following astrological advice. “Marriages are made in heaven,” Sima mentions at one point. When one of her clients, Aparna, is struggling to connect with her suggested clients, Sima sends her to visit an Indian astrologer to better understand who she’s destined to be with. Aparna is given beads to wear and prayers to chant. At another point in the show, we even see Sima praying for her clients to find good matches. These spiritual practices are not unlike the biblical call for Christians to pray, follow scripture and spiritual directors, and center Christ in their marriage.

Even more than that, the essence of marriage that this show undergirds is duty, grit, and honor. For a Hindu, if you trust that the gods have divined your marriage to happen, you will choose to commit to it and not walk away, no matter how hard life gets. This is something Western Christians should talk about more. Many of us are familiar with the well-known passages in the Bible on marriage, like Genesis 2:21-24 and Ephesians 5:21-33. But another verse that beautifully captures the spiritual importance of marriage is Ruth 1:16, in which Ruth, the Moabite, chooses to leave her home and her family to travel with her mother-in-law to a new land. She tells her, “Where you go, I will go, and where you stay, I will stay. Your people will be my people and your God my God.” Though this is a promise made between two family members, we also see the way Ruth extends this commitment to her later husband, Boaz. Her promise implies that she is willing to both change who she is as a person and commit to a way of believing and behaving for the sake of the person she is with, and this is something she proves to do for the long haul.

Indian Matchmaking suggests both spouses must believe in something deeper than romance for the life and stability of their future together.

These ideas often fly in the face of Western conventions of individualism. But it’s a story I know all too well in my own life. My mother grew up Hindu, but when she met my dad—a white evangelical Christian—she chose to convert to Christianity so that they would have a healthy marriage. My mom is a living example of Ruth, who declared, “your God shall be my God.” She dove headlong into the Christian faith without fully knowing much about it. Despite cultural-linguistic differences, my mom made a commitment to my dad that superseded any notions of modern-day romance and placed their shared religion at the core of their relationship. This was how she lived out her distinctly Indian understanding of the spiritual importance of marriage, a lesson that has been modeled to me throughout my life.

That’s not to say we should throw out the concept of love marriages—marriages in which a man and a woman meet on their own, fall in love, and decide to get married. Nor should we expect married individuals to remain in abusive situations. Ultimately, love and commitment must go hand in hand. As it says in Proverbs 3:3-4: "Let love and faithfulness never leave you; bind them around your neck, write them on the tablet of your heart. Then you will win favor and a good name in the sight of God and man." If Western Christians learn anything about marriage from Indian Matchmaking, I hope it is this: the recipe for a healthy, long-lasting marriage lies in seeking God first, centering Christ at the core of one’s relationship, and choosing to commit for the long haul.

Love is Blind and Christian Companionship 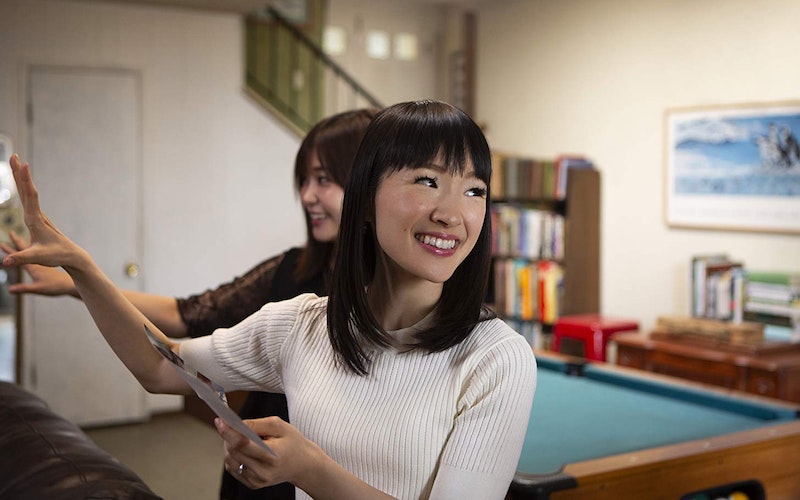 The Limited Joy of Tidying Up