As her momma lay dying, she zipped around the house taking seemingly random photographs of ceilings, corners, pictures and walls. She explained to me that other family members would gather to collect her mother’s soul and she was hoping to get a picture.

Pastoring a church has afforded me experiences like this one. If you’ve ministered to real people long enough, even something like religious snake handling doesn’t come as a surprise.

Snake-handling churches are often turned to for stock examples of crackpots, but they usually only make the news when someone dies, as happened recently in West Virginia. The image is refreshed by death.

We are frightened and fascinated by snakes. We have them as pets and visit them in the zoo. We watch scientists, zoologists, venom extractors and ecologists in action with them on reality television. Religious snake handling ups the ante.

Trying to see God’s face is more dangerous than trying to watch an eclipse or the transit of Venus directly, so we concoct filters, sacraments through which to view Him.

What do Moses, the woman taking pictures at her dying mother’s bedside and the snake handlers have in common? They want to see the face of God.

According to the Bible, trying to see God’s face is more dangerous than trying to watch an eclipse or the transit of Venus directly, so we concoct filters, sacraments through which to view Him.

Snake handlers find their Biblical support for their strange sacrament from the long ending to the Gospel of Mark. Scholars will tell you that this passage, found in the King James Bible, is likely not part of the original text. The original ending of the story was likely lost, being at the end of the scroll, so a later editor furnished this conclusion. Some believe the snake reference in Mark might refer to the story of Paul in Acts 28:3. None of this matters of course when our hearts yearn for a glimpse of God or at least a chance to touch the hem of His garment.

Religious talk is cheap and so when people put their lives at risk for what they believe - people like Gandhi, Dr. Martin Luther King or Marshall Applewhite - we pay attention. The danger of the poisonous snake culls the church of pretenders, the insincere and the half-hearted.

The snakes are a sacrament, they are God talking back to his people in an all-or-nothing, high-stakes trial. This is no mere damp fleece. This is hard-core.

Annie Dillard has one of the best quotes on church:

Why do people in church seem like cheerful, brainless tourists on a packaged tour of the Absolute? … Does anyone have the foggiest idea what sort of power we blithely invoke? Or, as I suspect, does no one believe a word of it? The churches are children playing on the floor with their chemistry sets, mixing up a batch of TNT to kill a Sunday morning. It is madness to wear ladies’ straw hats and velvet hats to church; we should all be wearing crash helmets. Ushers should issue life preservers and signal flares; they should lash us to our pews. For the sleeping god may wake someday and take offense, or the waking god may draw us to where we can never return.

The problem with handling snakes in church is the same problem shared by God seekers of all stripes, from nice, church-going Baptists to new agers seeking enlightenment at some Indian shrine. We creep into that space between us and the Almighty looking for something dangerous and foreign, but not too much. Snakes are extreme and these people are serious, but it’s the same game.

Paul Vander Klay is the pastor of a church in Sacramento, Calif. Read more on his blog and Twitter. / Photo of snake handling at a church in 1946 Kentucky courtesy of the National Archives. 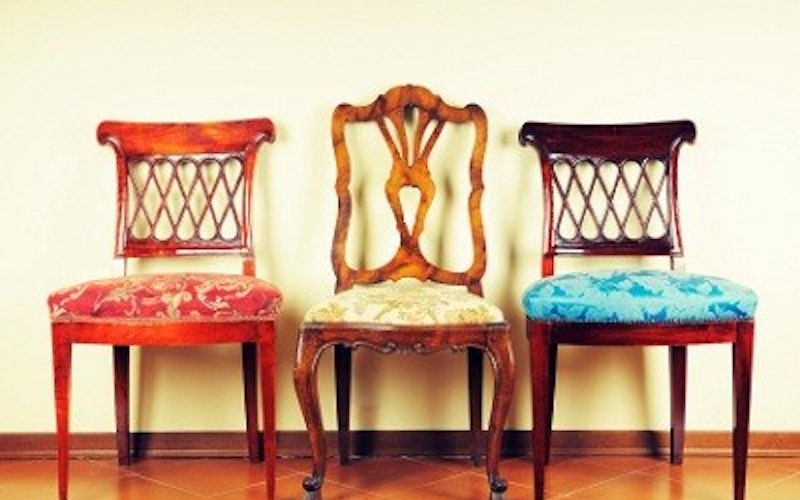 Seeing ourselves in our objects