I can’t think of anything but nights with you. I want them warm and silvery, where we can be together all our lives.

I’ve seen a particular trend on Pinterest lately: the recycling of quotes shared between Zelda and F. Scott Fitzgerald, whose explosive, dramatic romance gave a picture of the Jazz Age’s seductions. The Fitzgeralds make Kim Kardashian and Kanye West’s exploits pale in comparison; their public displays of drunken wantonness, of deep disregard for the concerns and feelings of others, are often excused by the passion that made them so famous and so iconic.

It is that passion that Therese Anne Fowler investigates in her novel Z: A Novel of Zelda Fitzgerald. For while we often assume that Zelda was the difficult marriage partner, we forget that Scott himself had his own share of inconstancies and faults. We think of Zelda as the flapper, the wild and drunken schemer, the literary Delilah of the 20th century, but what Fowler forces us to explore is the story of Zelda and her husband on Zelda’s terms, in Zelda’s voice - the complexity of which is hauntingly more introspective, and more enraged, than what caricatures provide.

What the Fitzgeralds encounter is a marriage that depends solely on infatuation and self-satisfaction.

“(I wondered) why I couldn’t have one of those marriages where my husband was content to lead his own life - if not in a respectable manner then at least a separate one - and let me lead mine,” Fowlers' Zelda says in the novel.

The life that Zelda wishes to lead begins with escape. Zelda is a Southern belle and Scott’s status as a Yankee and struggling writer is not a tempting one. But their attraction is magical, and once Scott succeeds as a writer, their life of decadence and celebrity propels Zelda into a self-absorbed adoration, both for Scott and for herself.

But what follows is the gradual cooling of passion and the increased resentment that sets the famous couple on edge. It is the inevitable in a marriage built on passion without roots, on a commitment that cannot compete with ego, ambition and addiction. It is what could happen to any of us, and it slowly warps Zelda into a figure of salt, always looking towards a version of herself - artist, dancer, novelist - that no one else seems to be able to see. And while it may be simple to see the Fitzgeralds' marriage as one that lacks Christ, it also speaks truthfully to the many resentments and fissures that erupt in our own marriages, and in any relationship that requires commitment and sacrifice. What the Fitzgeralds encounter is a marriage that depends solely on infatuation and self-satisfaction, and the discomfort that Fowler's Zelda feels towards her own discontent and narcissism is both palpable and eerily familiar.

What the characters in Zelda’s life do see is a woman that needs direction. The artistic crowds of Paris and New York encourage Zelda to pursue her creative passions; the writing circles that both embrace and manipulate her husband (led by Ernest Hemingway) see her as a prize, another floozy for them to conquest. And her husband sees her as both muse and monster, someone that he cannot and would not escape, no matter how expensive her trips to sanitariums and asylums, no matter how desperate his own self-loathing could be.

Fowler’s prose is clear, direct and chronological; she explores characters with fullness and deft. Even if I found the narration clumsy at times, I was still compelled by the voice that Fowler discovers for Zelda, a voice that is both compelling and eerily repressed. While it is true that passion drove the Fitzgeralds’ lives, Fowler’s novel depicts the inner workings of a marriage whose faults and fissures depleted both artists in a time when the immediate desire of the individual was the highest priority. It is not a lesson, per say, but the novel certainly reframes the way I see those Pinterest quotes, and the ways in which love can misdirect us, even when we are convinced that it is good. 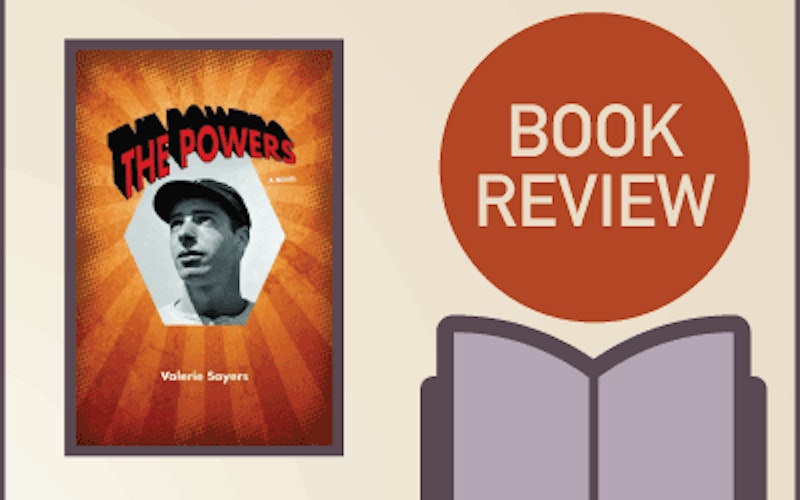 The withering prayer of Valerie Sayers’ The Powers