Amidst the pagan trappings of the Super Giant video game, you’ll find a model of God’s unflagging love.

You might think that a game about hell is the last place for a Christian to find wise insights. But if all truth is God’s truth, Hades—a stylish, roguelite combat game set in a reimagined version of the Greek underworld—has a lot to teach us about how God wants us to think and act. The part that speaks loudest to me is the way the game models the dogged, unshakeable, never-give-up persistence of divine love.

I first need to say, unequivocally, that Hades is a masterpiece. I have rarely played a video game that so deftly unifies visuals, sound, gameplay mechanics, overall design, and narrative into such a pleasing and compelling whole. I have sunk over 120 hours into this game since October. Developer Super Giant has a well-deserved reputation for cleverly crafted games and this one proves it in spades.

Hades borrows characters and narratives from Greek mythology and then rewrites them in a way that makes the ancient stories come alive for a modern audience. The game follows Prince Zagreus, son of the god Hades, ruler of the Underworld, where all souls go after death. Zagreus is bound and determined to escape his father’s realm, so the game consists of battling through the hell of Tartarus, Asphodel, and heaven-like Elysium to make it to the surface. Every time Zagreus dies, he returns to the beginning, where he can reset his weapon choices and start the quest again.

Along the way, Zagreus meets characters of all sorts. The mostly bickering and arrogant gods and goddesses of Olympus—assuming Zagreus wants to come to live with his divine family (Hades is the brother of Zeus and Poseidon, after all)—grant him various aids in combat. There are also a series of Underworld deities, some of whom—like the motherly Nyx, goddess of darkness—help Zagreus and some of whom—like the Furies Alecto or Tisiphone—try to stop him from leaving. Throughout the game, conversations help the story unfold bit by bit, as the player gains a deeper understanding of who the prince is and just what he is up against.

A game is always more than just a narrative—in fact, many games have virtually no narrative. Think of abstract board games like Yahtzee or geometric video games like Tetris. Video games are always interactive systems of rules that enable a kind of highly structured play. These systems can be meaningful, but because they’re unlike media we’re more familiar with (novels, film, television), it’s hard for us to discuss exactly what that gameplay means. It is, frankly, much easier to talk about a video game’s story. Hades is one of those impressive titles where the gameplay and the narrative merge seamlessly.

You might think that a game about hell is the last place for a Christian to find wise insights.

One of the things that the experience of the game models for me is the persistence of love. This may seem like an odd thing to say about a game whose main experience consists of traveling through hellscapes, engaging in irreverent banter with deeply flawed divine beings, and hacking and shooting various monsters to dust. But the narrative provides a direction to the experience. Zagreus isn’t only on a quest to escape; he’s on a quest to find his mother—a mother he never realized he had until learning about her early in the game. This is where the gameplay comes in. Hades, the vexed and authoritarian father, places every obstacle he can in Zagreus’ path. And unless the player is insanely skilled, Zagreus will struggle, suffer, and eventually fail—many, many times. I have guided the rebellious prince through more than 80 escape attempts, the vast majority of which have been failures.

And yet, the entire game says “do not give up.” Its very structure says do not give up; if you play the game, you must pick yourself up and go on. The artwork, in its progression from the horrors of the lowest depths to the progressively more beautiful and wholesome world above, calls the player to move on. The steady progression of the player to more effective gameplay calls for the onward-and-upward experience that is so characteristic of video games. And, of course, its characters literally tell Zagreus not to give up. The story is really one of dogged love.

Although the heart of this game is, in many ways, truly pagan, I’ve rarely come across such a strong video-game expression of the persistence of love. Indeed, Hades brings to mind the apostle Paul’s famous sermon on the quality of love. There, Paul tells us many things about love: that it is patient, kind, not envious or boastful or proud. And then Paul hits on the tenacious force of love: “It always protects, always trusts, always hopes, always perseveres. Love never fails.”

We have this tendency to want to sentimentalize love—to make it nice and clean and warm and fuzzy. And I guess love sometimes is like that. But the love on display in the Bible is usually not neat, clean, easy, or comfortable. Matthew tells us that Jesus barely missed execution as a child. Jesus may have told us that the meek are blessed, but he railed against religious leaders in sermons. And, of course, Jesus’ greatest act of love meant enduring brutal torture and horrible execution. Christ loves us so much that he endured any indignity and suffering for us. Jesus’ love survives mess and pain and suffering—it grabs hold of us and never lets go. This is “Never-Stopping, Never Giving Up, Unbreaking, Always and Forever Love,” as Sally Lloyd-Jones puts it in her marvelous Jesus Storybook Bible.

It’s worth noting that Hades’ storyline certainly isn’t a note-for-note allegory for the gospel. Although he continually dies and comes back to life, Zagreus is not a Christ figure. The prince is violent and proud of it; his relationship with his father is tortured. But my experience of Hades is a powerful illustration of persistent love. Every time he dies, Zagreus pulls himself out of the bloody river Styx, shakes himself off, makes a wry observation, and then goes right back at it. Zagreus does model determination to face any amount of suffering and indignity to reach and save a loved one—something that Jesus showed us on the cross. The Son of God really did come through hell, all in the name of love. 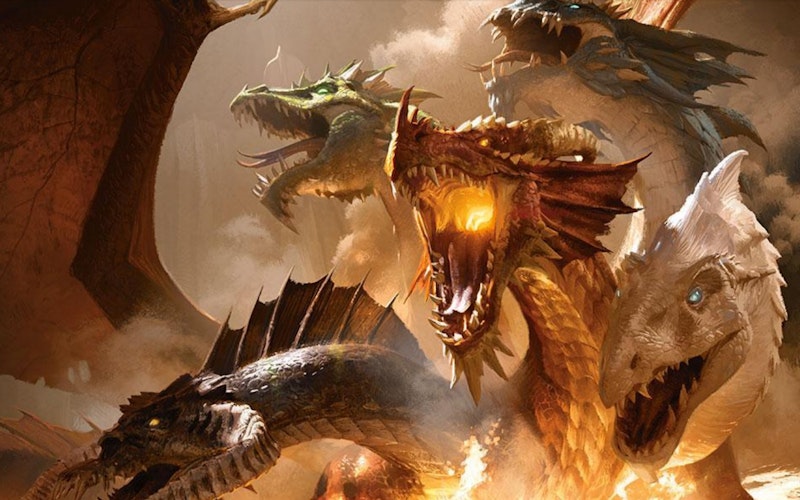