In honor of the 50th anniversary of Madeleine L'Engle's children's classic A Wrinkle in Time, its caretakers have opened the story to adaptations in other media. I've been fatalistically awaiting the inevitable Lord of the Rings-style blockbuster treatment (it will not shock you to hear that Disney is already hard at work on that), but I was pleasantly surprised by the latest adaptation: a graphic novel version, written and illustrated by Hope Larson.

The last decade of high-profile, book-to-movie translations has highlighted the risks of retelling a story outside its original medium. Can a comic-book format do justice to L'Engle's memorable and sometimes near-poetic storytelling style?

Larson's adaptation is extremely faithful to the original. The story is essentially identical, with no major characters, scenes or story elements dropped (not even the “religious parts”). Character dialogue is drawn verbatim from the novel . Even “non-essential” exchanges you might expect to be cut for a visually driven adaptation, such as Charles' offer to make Meg a liverwurst-and-cream-cheese sandwich during their midnight conference in the Murray kitchen, are lovingly reproduced in full by Larson across as many panels as they need. Most importantly, the characters who journey through Larson's adaptation are recognizably the same ones who populate L'Engle's.

But this faithfulness can't be the only measure by which to grade an adaptation (we've all seen clunky films that tried too hard to ape every detail from their source). Is Larson's graphic novel any good on its own merits? What does it bring to L'Engle's story?

Can a comic-book format do justice to L'Engle's memorable and sometimes near-poetic storytelling style?

Larson's style is grounded but quirky. It defaults to a fairly realistic-looking depiction of its world and characters, but leaves enough artistic wiggle room to occasionally render something more abstractly or stylistically (as when Meg literally "looks daggers" at an annoying sibling or various characters "tesser" through the cosmos). But it’s in Larson’s depiction of faces that her skill truly shines, and where this adaptation transcends mere illustration to become a work of art in its own right.

Flip through the graphic novel and you’ll notice a huge number of panels dominated by close-ups of character faces. You wouldn’t think that Larson could communicate much with a few simply drawn facial features, but in the set of a mouth, the focus of a gaze and the squint of an eyelid we see Meg’s stubbornness and impatience; Charles’ intelligence and naivete; Mrs. Murray’s sad faith in her husband’s eventual return. Looking at these faces, you feel that you know what the characters are thinking. Because Larson eschews any “narrator voice,” visual details like this must do the work that L’Engle’s narration does in the novel.

This showed me how much of L’Engle’s story is built around character dialogue, rather than action sequences, plot twists or even narration in general. While she doesn’t shy away from depicting grand vistas when they’re important, Larson seems to care most about just two questions: who is talking, and what are they saying? That this story can be built on these two questions suggests that L’Engle’s characters are so vibrant and expressive that they don’t need L’Engle’s (or Larson’s) “help” to create good drama.

The only places where the visual approach falters are in the representations of very abstract or spiritual experiences. Larson’s depictions of planet Uriel and the Black Thing blotting out the stars are visually accurate, but don’t convey the spiritual wonder and dread that L’Engle’s text does. However, even at its weakest, Larson’s work is simply adequate rather than bad.

This is a beautiful, entertaining and faithful adaptation, faithful to the original without feeling like a slavish retelling. It uses the strengths of a visual medium to tell L’Engle’s story without trying to “fix” it in any way. What you loved and disliked in the original, you will love and dislike here. It’s the rare adaptation that can sit proudly on the bookshelf next to the original.

Andy Rau is a content manager at BibleGateway.com. He lives in west Michigan with his wife and two children. / Cover image courtesy of Macmillan. 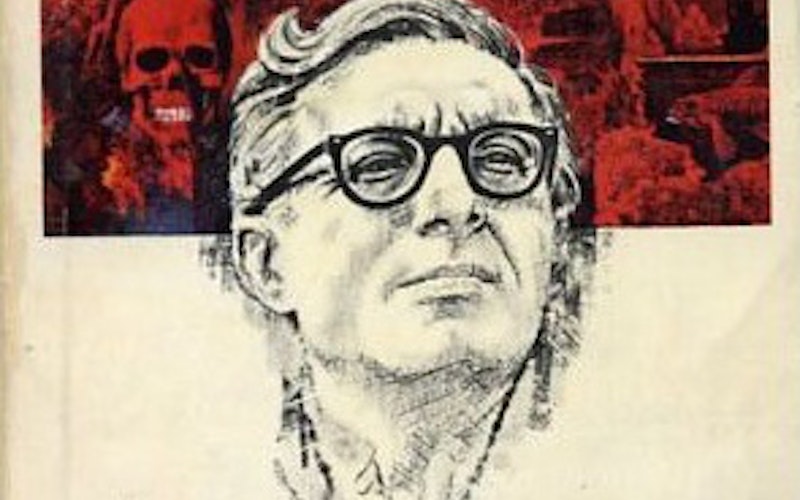 What Ray Bradbury understood about innocence and loss

The Concrete Quest of A Wrinkle in Time