The NBA star's dominant run in the playoffs serves as a metaphor for keeping faith while under fire.

As a tortured, lifelong fan of the Milwaukee Bucks, I recently had my heart ripped out by Kawhi Leonard and the Toronto Raptors in the NBA playoffs. Leonard has been putting up outrageous numbers during the postseason, dispatching my Bucks after already sending home the Philadelphia 76ers with a Game 7, buzzer-beating, series-winning shot. Now in the NBA Finals, Leonard and the Raptors are one win away from dethroning the defending-champion Golden State Warriors.

Looming over Leonard’s play and the Raptors’ success is the fact that he will most likely decide not to re-sign with the team after the season. It has long been speculated that Leonard wishes to play in his home state of California; with his contract expiring at the end of the playoffs, his future will be entirely in his hands.

That has left Toronto in a state of anxious uncertainty, even amidst the team's success. The city is doing everything and anything to coax Leonard into re-signing with the Raptors. Local businesses are offering Leonard free meals, free rent, and free movies for life if he stays with the team. Will this be enough to keep the Klaw in Canada? What if the Raptors go on to win the championship? What if they lose?

Whether we like it or not, we are all bound to experience seasons of uncertainty. Whether we are a Raptors fan, a recent college graduate, or someone who has lost a job, uncertainty can infect our every thought. It causes us to make desperate choices and do things that are out of character. Certainly, there is a cure for uncertainty...

We are all bound to experience seasons of uncertainty.

We struggle to have faith in times of uncertainty. This is why Christ encourages us to keep our eyes on the kingdom of God, to find our identity in him. Not in our job, our sports fandom, our wealth, or our poverty. We can weather uncertainty if we remain rooted in Christ.

Sometimes, uncertainty leads to a better season of life. Take a closer look at Leonard’s series-winning buzzer-beater against the 76ers. The ball rainbows high in the air, hits the rim, appears to bounce away, then bobbles around—hitting the rim three more times!—before rolling into the basket. For Raptors and 76ers fans alike, those three seconds of uncertainty felt like hours. But Leonard had faith, against long odds, and a historic win was his reward.

Of course, faith does not guarantee rewards, at least in this life. The ball may have bounced in on this shot, but plenty of other shots—including those taken by Leonard—have missed. We can take encouragement, then, from 1 Peter 1, where we’re told to stand firm in faith even when we endure disappointment: “In all this you greatly rejoice, though now for a little while you may have had to suffer grief in all kinds of trials. These have come so that the proven genuineness of your faith—of greater worth than gold, which perishes even though refined by fire—may result in praise, glory and honor when Jesus Christ is revealed.”

We can embrace our seasons of uncertainty by leaning on Christ. Who knows what tomorrow holds—sickness may strike, a career may crumble, Kawhi Leonard may miss a crucial shot in the NBA Finals. Yet we can be assured of Christ’s return. Until then, we must stand firm in our faith, even when being refined by fire. 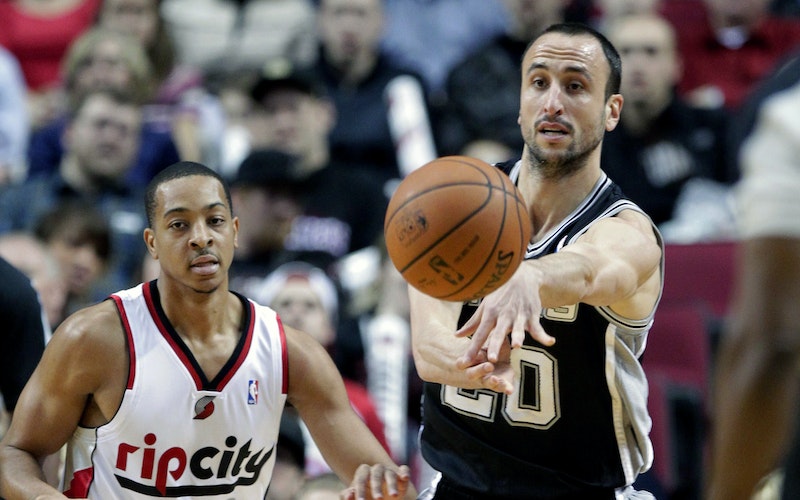 The Steadfast Career of Manu Ginobili