In Season 2 of the Emmy-winning series, the hot priest isn’t the only one who represents a divine listening presence.

The promiscuous protagonist featured in the impish and affecting British comedy Fleabag has a problem with religion. As she puts it, crassly, she wants to f*** a priest.

Where Season 1 focused on the eponymous young woman spiraling in a post-traumatic lifestyle, following the death of her mother and her best friend, this year’s Emmy-winning Season 2 had the religion problem at its center. Portrayed by Phoebe Waller-Bridge (who adapted the series from her one-woman stage show), the quick-witted Fleabag still navigates the ups and downs of her various relationships, yet the narrative always comes back to the unnamed “hot priest,” wonderfully portrayed by Andrew Scott.

A delightful signature of the show is Fleabag’s breaking of the fourth wall: when she turns aside to look directly into the camera and offers her sardonic take on the situation before her. These televisual footnotes are sometimes lengthy and verbose, but often are simply a look, with Waller-Bridge utilizing her expressive visage to communicate a smorgasbord of emotions to us, the transcendent audience. Part narration, part commentary, these extra-diegetic digressions appear to go unnoticed by everyone else around her. We’re privy to her internal monologue, while everyone else remains unaware of what she’s really thinking and feeling.

Until, that is, something miraculous happens. In Season 2’s third episode, Fleabag is having an intimate conversation with the hot priest, their topics of discussion ranging from his fear of foxes to personal doubts about God’s existence to the discipline of celibacy and his unwillingness to have sex with her. “I’d like to be your friend though,” he offers. “I’d like to be your friend too,” she replies, then turns away from him and towards the camera, confessing, “We’ll last a week.”

“What was that?” the priest suddenly asks her, perplexed.

Surprised, she quickly turns back to him, confused: “What?”

“Where did … where did you just go?” he presses.

“You just went somewhere,” he says, his curiosity piqued.

At this moment, she glances back to the camera, apparently to share her thoughts with us on this development, when he interrupts her again: “There! There! Where did you just go?” he wonders with a roguish smile. In this moment, Fleabag’s breaking of the fourth wall takes on a new dimension. The priest, the person she loves (who also happens to be a person openly devoted to God), has breached her invisible barrier and taken notice of her. Her snarky confidences have been lovingly detected.

These acts of confession are not the traditional sacramental practices of the Roman Catholic Church, nor are they necessarily related to Protestant notions of “confessing one’s sins.” Fleabag’s confessions are more purgative and curative, a release valve on an emotional and existential pressure gauge. Episode four features a powerful and affecting scene which includes her open admission of her fears about getting her life wrong, as well as her and the priest’s first kiss. Rather than Catholic confessions, these are fourth-wall confessions: spiritual asides, more akin to equal amounts of self-examination and self-exposure. There is certainly a confession of sins (although Fleabag is frequently unrepentant), yet these confessions go beyond mere sin-listing towards a ruthless honesty and vulnerability before the listener, which prompts a potential spiritual awareness. That is, every fourth-wall confession is an epiphanic moment for both Fleabag and for us, the audience.

So, who is listening to the prayers and confessions of Fleabag? Surely the priest, the mediating presence of the divine. But we, too, the audience as transcendent observer, are watching and listening, given a chance to respond with a sense of divine compassion. In fact, Fleabag is counting on it every time she turns to the camera; when her exterior world appears broken and out of control and her interior world is wracked with pain, confusion, and fear, it is of great comfort to know that someone is paying attention enough to truly see her, flaws and all. Even in its posture of skepticism about religion and the notion of God, Fleabag indicates an awareness of and openness towards the possibility of a divine listening presence, one who hears our confessions and is faithful to respond with forgiveness, healing, and lavish grace. 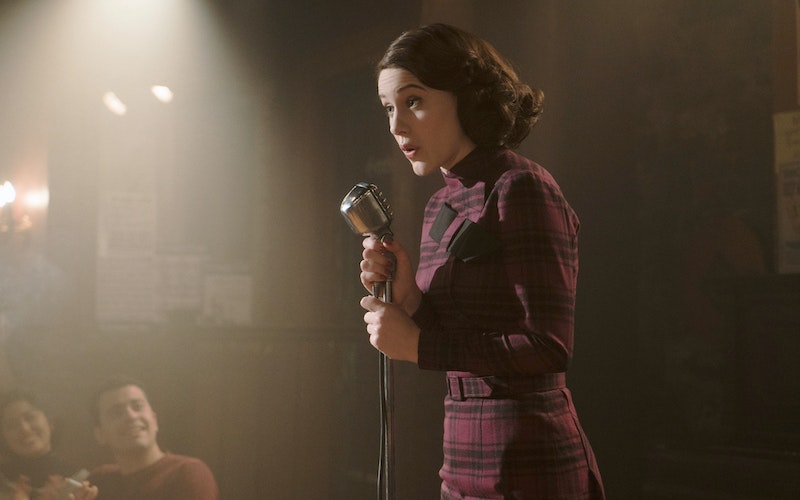