In Hacksaw Ridge, the flaying of flesh is presented as a pathway to salvation.

A crucifix in a World War II drama’s clothing, Hacksaw Ridge takes a remarkable story of Christian pacifism and contorts it into a suspect station of the cross.

This shouldn’t come as a surprise, given that the director is Mel Gibson, whose The Passion of the Christ was a monumental work of conviction that nevertheless couldn’t see past Jesus’ physical pain. At least there the suffering had a logical—indeed, Biblical—context. Hacksaw Ridge purports to tell the story of a man opposed to violence, only to gruesomely detail the bodily effects of violence for much of its running time.

Gibson’s movie dramatizes the true story of Desmond Doss (Andrew Garfield), a World War II medic in the United States Army who was the first conscientious objector—due to his Christian beliefs concerning violence—to win the Medal of Honor. It’s an extraordinary tale, and to be fair the set pieces involving the Battle of Okinawa do include scenes of Doss performing acts of nonviolent service. We see him risking his own safety, many times, to drag the wounded from the battlefield or apply life-saving tourniquets. Yet even in these instances, the focus is as much on the spurting arteries and dismembered legs as it is on Doss’ healing hands. More representative of the film are its opening images, which capture, in slow motion, the many horrific ways men at war can be killed: blown to pieces by grenade explosions, shredded by bullets, set afire by flamethrowers.

Hacksaw Ridge sees the flaying of flesh as a pathway to salvation.

Even before The Passion of the Christ, Gibson’s movies equated physical suffering with spiritual victory. From the start of his career, many of the characters he’s played have had to endure wounds in order to win. This is somewhat in line with Christian theology, most notably in regard to Jesus' crucifixion, and also in the notion that our created bodies, and what we do with them, matter. But it also underestimates Christ’s experience on the cross. Yes he endured great injury, yet he also faced so much more in our place: the full weight of our sin and the abandonment of the Father. In this sense, Christ’s physical suffering is the least significant aspect of the crucifixion (if the one we mortal beings can most easily understand).

Returning to Hacksaw Ridge, which Gibson has described as a Christ allegory, it’s important to note how corporeal the film is. Even when it considers spirituality, it’s always within the context of the body. Here, the literal flaying of flesh is the pathway to salvation. (Notice how Gibson’s camera fetishizes, rather than laments, the gory details.) Hacksaw Ridge demonstrates this most clearly in what I think of as Doss’ halo moment. This comes the day after Doss has heroically, single-handedly saved some 75 wounded men from the battlefield, a sacrificial act the film treats with dutiful respect, but does not offer as its narrative or emotional climax. That, instead, comes the next day, back on the battlefield, when Doss himself is wounded in a grenade explosion. Now, finally, he has been blessed to physically suffer too. As Doss is loaded on a stretcher and lowered from the steep ridge where the fighting is taking place, Gibson swings the camera from above the medic to below him. From this vantage point, he appears to be rising to heaven.

Gibson’s cinema, then, is one of crucifix-ation. In Letters to Malcolm, C. S. Lewis considered the value of focusing so intensely on Christ’s bodily suffering on the cross, and he was conflicted:

There is indeed one mental image which does not lure me away into trivial elaborations. I mean the Crucifixion itself; not seen in terms of all the pictures and crucifixes, but as we must suppose it to have been in its raw, historical reality. But even this is of less spiritual value than one might expect. Compunction, compassion, gratitude—all the fruitful emotions—are strangled. Sheer physical horror leaves no room for them. Nightmare. Even so, the image ought to be periodically faced. But no one could live with it. It did not become a frequent motive of Christian art until the generations which had seen real crucifixions were all dead. As for many hymns and sermons on the subject—endlessly harping on blood, as if that were all that mattered—they must be the work either of people so far above me that they can’t reach me, or else of people with no imagination at all.

Hacksaw Ridge has both artfulness and imagination—Gibson proves himself especially to be a confident commander of military action—yet to my mind that imagination is severely limited. Our bodies are indeed not our own; it should give us pause to see them so eagerly slaughtered. 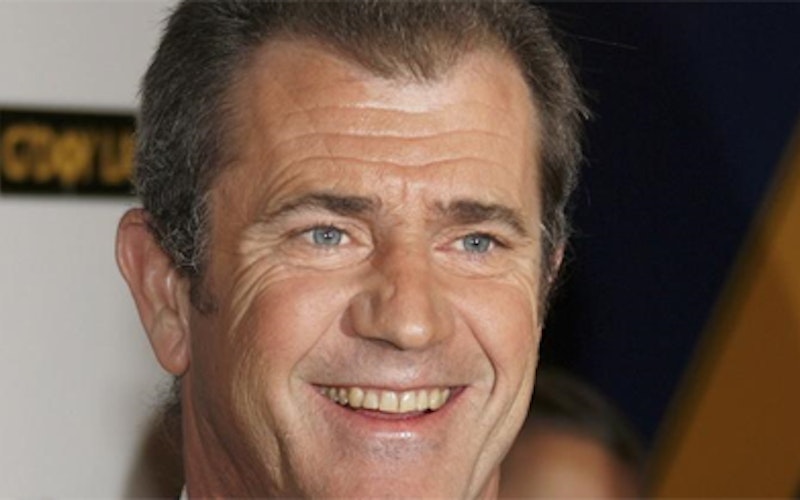 What should Christians do with Mel Gibson?