Hospitality creates a shining light in the likes of It Comes at Night and Night of the Living Dead.

Midway through It Comes at Night, a new thriller from writer-director Trey Edward Shults, two families laugh around a table. Between them sits a camp lantern, but Shults leaves darkness along the frame of the screen. Thick black edges are central to the film’s visual grammar—narrowing hallways illuminated by a solitary flashlight and filling spaces between trees until the woods become a wall.

All this darkness emphasizes the bleak lives of Paul (Joel Edgerton), Sarah (Carmen Ejogo), and their son Travis (Kelvin Harrison Jr.), who have transformed their home into a quarantine in the aftermath of an unidentified epidemic. When they welcome Will (Christopher Abbott) and his family, allowing them to take refuge, their existence improves. The center of the frame, filled with the smiling faces of people sharing a meal, offsets encroaching darkness.

Scenes like this are common to the second acts of post-apocalyptic horror stories. Take the granddaddy of the genre, 1968’s Night of the Living Dead, directed by George A. Romero. Romero, who died earlier this month, left behind a rich legacy of zombie movies. In Night of the Living Dead, his first, a group of strangers gathers in a brightly lit farmhouse, seeking protection from the flesh-eating zombies outside. It’s tight, cantankerous quarters, until a woman (Marilyn Eastman) stands up to her uncooperative husband (Karl Hardman) and tells him, “We may not enjoy living together, but dying together isn't going to solve anything.” For a moment, the survivors set aside their suspicion of each other to board up the windows and doors, protecting one another as much as themselves.

Night of the Living Dead set the standard plot structure for these sorts of movies: after introducing the protagonists and the dangers they face, a new, apparently stable society develops in the second act. Such stories imagine that, even in the most desperate situations, humans want to welcome one another. In the same way that the presence of Will’s family opens Paul’s family to a wider array of experiences, we know that a solitary life is a lesser life.

The impulse toward hospitality is not only human, but divine.

Christians understand the impulse toward hospitality as not only human, but divine. Hospitality was a key part of Jesus’s message; he even equated it to caring for God. When movies emphasize moments of care, they mirror Jesus’ words in Matthew 25: “Whatever you did for one of the least of these brothers and sisters of mine, you did for me.”

Of course, post-apocalyptic horror movies often have a third act in which the community crumbles. In Night of the Living Dead, zombies enter the light of the farmhouse only after a scuffle breaks out among the survivors for the only shotgun. The two men involved may only want to better protect themselves or their families, but their desire for personal security ultimately destroys them. It Comes at Night follows Romero here as well, in ways I won’t reveal.

Hospitality, then, is not something that always comes easily. Risking our own safety and comfort for the sake of others can be terrifying. Yet Christians must remember Christ’s command. When Jesus encourages us to welcome strangers, he does so not as a bright-eyed optimist, but as the incarnation of the sovereign God, the one who gave comfort to Hagar and Ishmael, who led the Israelites out of Egypt, who provides for widows and foreigners, and whose own body was broken for us.

When Christians watch It Comes at Night and the movies that influenced it, we understand both the call for hospitality and the fear of the others we welcome. But we can answer those fears with the knowledge that our invitation comes backed by an almighty God, whose light overcomes any darkness we can imagine. 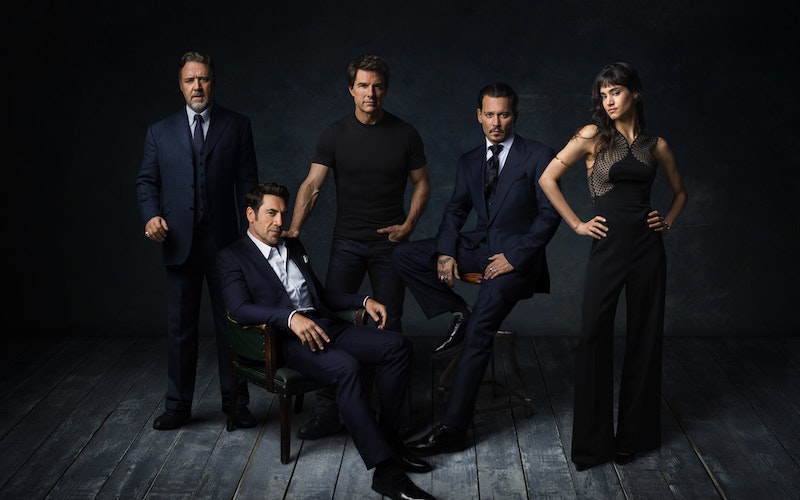 Is the Dark Universe One Universe Too Many?