Often referenced by Alfred Hitchcock when discussing filmmaking technique, a MacGuffin is an object that exists solely to set a movie’s plot in motion. The title statue of The Maltese Falcon is perhaps the most famous example.

Prometheus, the new prequel to 1979’s Alien, has a MacGuffin too, and it’s God. Though the movie’s predecessor was an unassuming horror flick, Prometheus has ambitions worthy of its title: it doesn't want to be a thrill ride but rather a piece of deep-think sci-fi. And so what better way to do that than raise questions of creation, faith and eternal life?

Set some 30 years before Alien, in which the crew of a towing spaceship does battle with one of cinema’s nastiest creatures, Prometheus aims to explore the origin of the beast. It follows a team of scientists who have detected evidence of life on a distant planet. When they arrive, they come across artifacts and other elements that will be familiar to fans of the four-film Alien franchise.

Among these scientists is a geologist (Noomi Rapace) who wears a cross and believes the planet will reveal the origin of human life, if not God himself. She’s referred to as a “believer” and towards the end, after the planet is revealed to be far more menacing (and gooey) than she expected, she’s asked, “Even after all this, you still believe?" The movie tosses around a lot of dialogue like this, yet the notions behind the words are never explored in any serious way. Prometheus purports to be about big ideas, but if you’re really curious about something, you do more than mention it.

Prometheus purports to be about big ideas, but if you’re really curious about something, you do more than mention it.

This was also a weakness of the television series “Lost,” which by its end had literally landed in a hazy purgatory. It’s not a coincidence that “Lost” co-creator Damon Lindelof is a screenwriter and executive producer on Prometheus. Words like “belief” and “faith” and “skeptic” were thrown around a lot on that show too.  And, as in Prometheus, they never added up to much. Mostly they’re used to evoke an aura of meaningfulness, a vague sort of spirituality. In Prometheus in particular, they function as intellectual ornaments hung on an elegantly designed, Ridley Scott-directed tree.

As a whole, Prometheus evokes a lot more than it explores (spoilers ahead). It’s a movie of what-ifs, interested in posing “mind-blowing” questions but not investigating the implications. What if the creature from Alien was created by another extra-terrestrial race? And what if humans and this race had met before? Indeed, what if they made us? The movie keeps suggesting such possibilities, without ever letting any one of them settle into a narrative of forward momentum.

This is, ultimately, a movie of multiplying MacGuffins, with God being one. There’s nothing heretical about that (He’s been called far worse), but for those of us genuinely interested in science and faith – and deep-think sci-fi that really digs into both - Prometheus is a shallow exercise.

Josh Larsen is editor of Think Christian. He also writes about movies at LarsenOnFilm.com and is the co-host of Filmspotting. Connect with him on Facebook and Twitter. / Photo courtesy of Twentieth Century Fox. 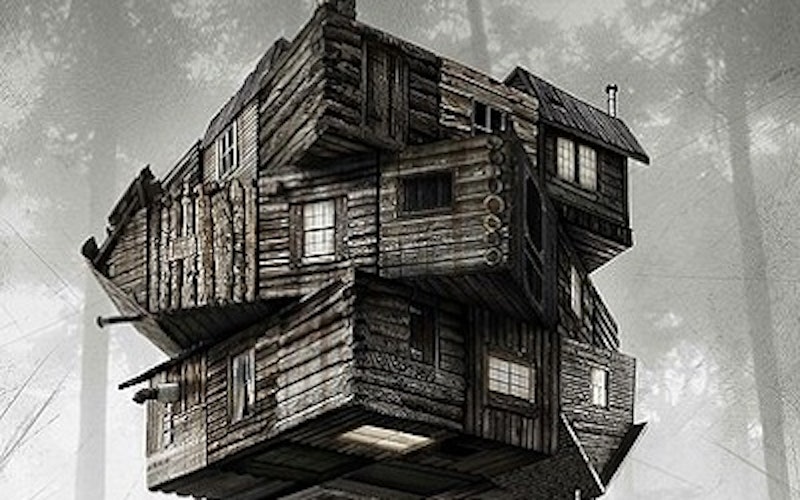 The Cabin in the Woods and knowing your audience

Hypocritical Humanism in The Avengers