In his latest mind-bender, Christopher Nolan manipulates physics in a way that resembles God’s providence.

As a Christopher Nolan fan, I went into Tenet expecting to experience wonder, surprise, and a bit of confusion—and that's exactly what I got.

Tenet is a Nolan movie through and through, with the usual orchestrated action scenes and Michael Caine appearances included. John David Washington plays The Protagonist, an American agent charged with investigating a complicated form of time travel, in order to prevent World War III (or, as the movie suggests, something even worse). The film delivered moments of realization that caused me to lift my hands to my head as I watched in amazement as tiny threads of now-solved questions connected. To me, the way Nolan weaves this story, playing with backward/forward momentum, was a masterstroke of storytelling.

What I did not expect was how strong the message of the movie would personally speak to me.

What would you do if after going through time, you could simply reverse it and walk backwards through it? People say "hindsight is 20/20," but what if you had the potential to take what you learned and walk backwards through time to impact what has already happened? This is not changing the past, because as the movie says time and time again: what's done is done. Rather, it is creating the past. Confused yet? You aren't alone, and to be frank, many of Tenet's critics would agree with you.

But this is an interesting question, nonetheless, and one that speaks directly to where I am today. Time in Tenet is relative to perspective. As The Protagonist is told, “You have started looking at the world in a new way.” After a year of disasters, deaths, a pandemic, health issues, and even some unwelcome quarantine weight gain, I have started looking at this world differently.

Who Ryan was going into 2020 is not the same Ryan living in it nine months later. Like The Protagonist in the movie, it's impossible to go back to who I was, for better or for worse. But my perspectives have changed, and that's largely what Tenet is about.

This year I have experienced unexpected heavy losses of both family and friends as numerous people I know have passed away. I have allowed for negativity to cultivate an attitude of bitterness and frustration at the state of the world and the people around me. I have experienced the worst physical pain my body has ever felt, due to a combination of MRSA and extremely painful back issues. And I have spent time in my soon-to-be 1-year-old daughter’s room as she cries, wanting to be held and sick from COVID-19.

In each instance, I had to make bold decisions on whether I was willing to fully trust the promises of God I've claimed over my life, or whether I would falter. I'll be transparent: there were times I lost sight of the goodness of God and only looked at the situation through a faithless lens. My faith was tested, greatly, and I'm thankful I came through it with my belief intact. However, just because my faith was maintained does not mean my situation has changed.

I'm still dealing with some underlying health issues. I'm still walking and processing through the losses I experienced. I still quarantine like many others, waiting while the world tries to return to some form of normalcy. I'm still worried about the future and my daughter's place in it.

In Tenet, everything The Protagonist knows gets turned on its head (or reversed). However, this doesn't change his reality. Only his perspective shifts. As The Protagonist travels back in time to protect someone he promised to keep safe, Nolan reverses the story we have known thus far, giving us a new window to realize unanswered questions from earlier in the movie. He is not changing the past by travelling back in time, but instead creating it. Seeing specific fight scenes in “reverse” was a great way for us as viewers to make sense of what we saw earlier, as well as explain more about how the time travel in the movie worked.

Similarly, my situation remains largely the same, but my perspectives have greatly changed. I've been sent through the fire—and in some ways I’m still in it—yet still I stand tall with a stronger faith than ever before. This year has tested me with a lot of struggle, but as I look back I can see God’s fingerprints throughout. Dealing with MRSA and my back issues have forced me to take my health seriously, sparing me from situations in which I would be far worse off today. Being forced to quarantine, I was able to experience the early moments of my daughter’s life, rather than have my focus be outside of my family. God was providentially creating moments in my past through those struggles that I can look back on in my present and see in new ways. Many situations still remain, but I can hold onto the hope of what he has done to continue pushing me forward.

There are stories of similar perspective changes in the Bible. When God changed Abram to Abraham, he was still stuck in the same situation. God made promises to Abraham, but that didn't change the fact that he and his wife Sarai were still childless. Abraham had an opportunity here to become bitter, frustrated, even angry, but he didn't. Because the name change represented something more than just a name; it represented a shift in his perspective. God gave him a new name and a new way of understanding his past. With that came a confidence God’s future promises would come to pass.

Similarly, when Jacob was renamed Israel, he still had to confront his brother. When Simon was renamed Peter, he still had to work to understand Jesus’ purpose on earth. Their situations remained the same, but their perspectives changed, pushing them forward toward the plan God had for them. God did not solve their issues, but he did help change their perspectives so they could look at them differently. This is much like what happens with The Protagonist in Tenet—and like what has happened to me throughout 2020.

These different perspectives don't mean we can change the situation we are in. A large theme in the movie is that what happened happens, that you can't change the past to correct what is current. But you can learn from it and you can use that knowledge to impact the future.

This builds me up to take on whatever next hurdle awaits. I have some big decisions to make going forward. My faith will be tested further. Heck, 2020 struck again for me as I write this, with my daughter sick again, asleep in my arms. Who knows what my immediate future looks like? However, I do know this: I've been blessed with a new perspective, one of faith, and I believe God can use that to help push me toward a hopeful tomorrow. 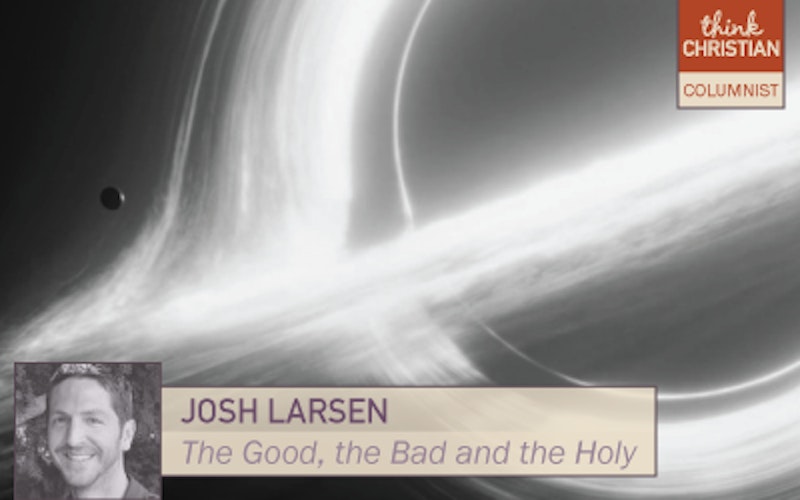 Is there a Christian interpretation of ‘Inception?’