Netflix’s time-travel movie echoes Ecclesiastes in its yearning for things to be made right.

The new time-travel film See You Yesterday defies the genre’s typical tropes to offer something urgent and timely. This is a story about systemic injustice in the black community, as well as the efforts of the brightest within that community to alleviate it via technological advancement.

Directed by Stefon Bristol and produced by Spike Lee, See You Yesterday centers on a heartbreakingly relatable sentiment. How many people of color, living with racism and incessant injustice, yearn for some sort of solution? C.J. and Sebastian believe that time travel offers a way to correct these societal wrongs. If that’s true, then they are unquestionably the best candidates for the job. Bristol, who is adapting his own 2017 short film, has discussed his intention to depict “young black kids doing STEM onscreen,” which is exactly what See You Yesterday gives us. These are brilliant teenagers who attend the Bronx High School of Science and have dreams of going to MIT or Spelman. They embody the richness of black life. Often, when African-Americans are killed by police, the media focuses on the victim’s character flaws. But these kids and their families don’t have blemishes. They’re witty, stylish, family-oriented, and college-bound. All these details matter.

Echoing Ecclesiastes, which bears witness to human wickedness, See You Yesterday forces viewers to confront the horrifying reality that Calvin, C.J., and Sebastian are all victims of forces much larger and more powerful than themselves. Violent gangs run the streets, crime is status quo, and police brutality is a normative element in their daily reality. Simple disagreements at a street corner make them targets for racial profiling. Recalling real-world cases like that of Emantic Fitzgerald Bradford Jr., who was fatally shot last year by police in an apparent case of mistaken identity, the film is realistic about the forces working against C.J. and Sebastian as they pursue change.

And how, exactly, do they do that? The two teens use “relocation packs” to travel through a wormhole and explore different ways of saving Calvin. (Spoilers ahead.) But their efforts prove meaningless. In more than one trip, C.J.’s brother still dies. When they try to stop an attempted robbery during another time-travel session, Sebastian is shot and killed instead. The film even ends with yet another attempt by C.J. to go back and save her brother. The final shot of her running to find him is a sad image, a metaphor of perpetual striving with no justice to be had.

The film is realistic about the forces working against C.J. and Sebastian as they pursue change.

Ecclesiastes 5:8-9 acknowledges this sort of hopelessness: “If you see the poor oppressed in a district, and justice and rights denied, do not be surprised at such things; for one official is eyed by a higher one, and over them both are others higher still. The increase from the land is taken by all; the king himself profits from the fields.” In her commentary on Ecclesiastes, Dr. Julie Ann Duncan explains that “the high officials are watching over one another and protecting each other’s interests.” Systemic injustice is propagated by corrupt leaders; individuals alone cannot end these problems.

See You Yesterday, then, is a sci-fi adventure and a tragedy of epic proportions, especially as we witness the richness of the black culture that is being oppressed. From the Guyanese flag hanging in Sebastian’s garage to the Jamaican man with his cart to the local slang, every scene proudly displays the beauty, diversity, and talent of the African diaspora. There is a tribute to Octavia E. Butler’s Kindred, a black time-travel story, and in the opening scene we see the words “Black Panther” peeking out from Sebastian’s shirt. Many of these visuals celebrate marginalized people acquiring the power to subvert a system that has oppressed them. Yet injustice still riddles black communities. The system is corrupt; even time travel can’t change the state of affairs.

During Sebastian’s funeral, the preacher asks,“Where is the justice for our sons and our daughters and our communities? When will it end? The grieving, not just for Flatbush, but for the whole nation and all the black and brown communities within it?” Justice will not come for many in this life. Yet Ecclesiastes also offers hope in the face of this despair: “God will bring into judgment both the righteous and the wicked, for there will be a time for every activity, a time to judge every deed.”

There will come a day when restoration and retribution will arrive hand in hand, and it will be glorious. Until then, the best we can do is follow the preacher’s charge: “What does the Lord require of you, but to walk just and to be merciful and to love and live humbly by your God? And the peace that which surpasses all understanding will guard your heart and your mind through Jesus Christ.” In the final scene of See You Yesterday, C.J. may be running in futile pursuit. But her path is a just one. Maybe, for right now, that’s enough. 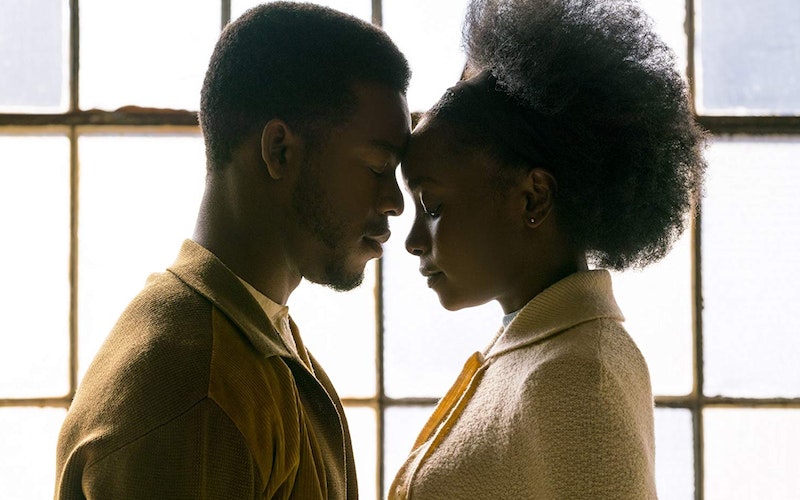 If Beale Street Could Talk Gets Religion